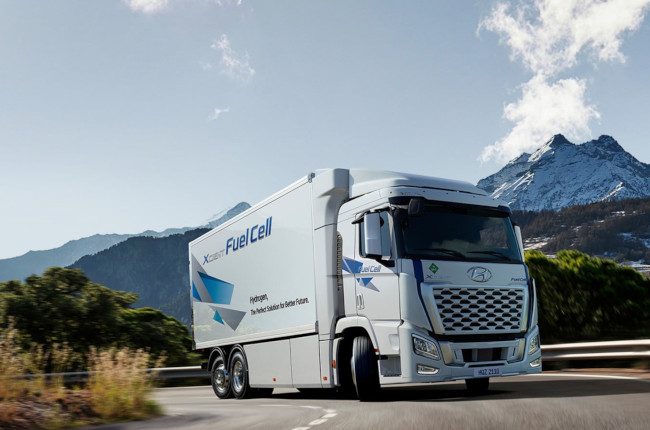 Heavy duty trucks are getting more and more innovative by the day in developed countries, and hydrogen-electric powertrains appear to be in vogue offering operators the flexibility of fueling up on the go while keeping in line with ever-changing emissions standards.

Hyundai is answering the demand in Germany, exporting 27 of its XCIENT Fuel Cell trucks to the country. The models to be sent over will have a 180-kilowatt hydrogen fuel cell system with up to seven hydrogen tanks. The massive fuel capacities allow the heavy trucks to achieve an estimated range of up to 400 kilometers per charge, as per Hyundai’s claims.

The trucks will be used by firms operating in the retail, logistics, and manufacturing industries in the European nation. As for the companies that will be expecting trucks, Hyundai listed seven but did not release the names. These seven firms will all make use of the German government’s funding to introduce zero-emission vehicles.

Germany’s allocated 1.6-billion Euros to the purchase of “eco-friendly commercial vehicles,” and this funding is available until 2024.

A total of 27 more trucks will make their way to Europe. This next batch of XCIENT fuel cell trucks will be on top of the 47 that have already been delivered to Switzerland. According to the source, the trucks have already clocked over four million kilometers. It’s Hyundai’s goal to “achieve a fuel cell vehicle price point comparable to a battery electric vehicle by 2030.” The company also plans to develop hydrogen fuel cell versions of all of commercial vehicle series by 2028.

By 2023, however, we can expect a next-generation fuel-cell system from Hyundai, updating the lineup with even more capability and hopefully more range. No specific date was mentioned by the brand in 2023, but expect that more developments will come to the XCIENT range of Hyundai.

Get Quote Inquire
Price On Request