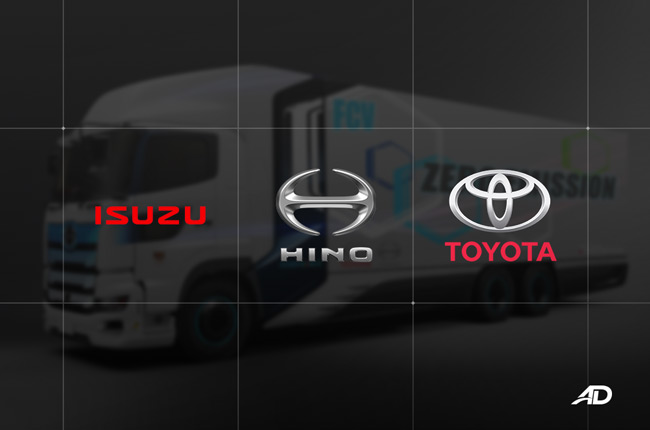 Japanese automakers Isuzu, Hino, and Toyota are working together to develop electric and fuel-cell power for their trucks. They aim for a modern powerplant that should deliver improved transport efficiency and reduced CO2 emissions. Aside from that, the three brands also aim to add autonomous driving technologies and new platforms for small commercial trucks.

The three Japanese automakers are also focused on combining Toyota’s Computer-Aided Software Engineering (CASE) with Isuzu’s and Hino’s established expertise in building commercial vehicles. In general, the new company is set to plan CASE technologies and services which should go by the discussions among the three automotive brands.

As mentioned, part of the modernization program on the said trucks also includes a slew of autonomous driving technologies for added confidence on the road, as well as new platforms for small commercial trucks.

Going more in-depth, 39-million shares from Isuzu common stock worth a total of JPY 42.8- billion or P19.1-Billion will be acquired by Toyota. With that, Toyota will have a 4.6% ownership of Isuzu in total issued shares. Isuzu, on the other hand, also plans to acquire the same amount of Toyota shares.

Cars are not the only vehicles shifting towards electrification, trucks are also being prioritized for them to respond to the urgent issue on the reduction of toxic carbon emissions that serve as a serious threat to the environment. With this progressive move, diesel-powered trucks might slowly come to an end. The electrified experience will be reinforced to trucks and other vehicles. It was also mentioned that this tie-up will also develop its upcoming trucks with a slew of autonomous driving technologies to make truck drivers’ lives a little easier.

The three brands are certain with their aim of providing a wide array of logistic solutions to help improve transport efficiency and reduce CO2 emissions.