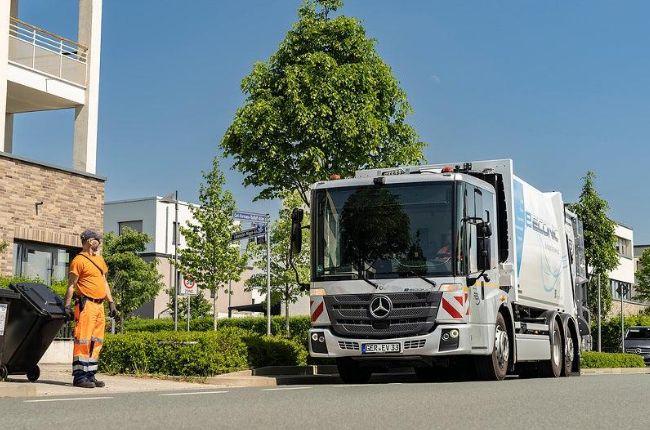 The eEconic will be produced at the same site Daimler is assembling its first battery-electric model, the eActros. The plant is in Woerth, Rhineland-Palatinate, a small town in Germany just north of the French border.

When the first batch of eEconic trucks leaves the factory floor, it will be transferred to the hands of a Danish waste disposal company. More deliveries are also planned before the end of the year. It’s worth noting that Daimler delivered the first eActros models just this February.

The eEconic shares much with the eActros, including the ePowertrain. This means two liquid-cooled electric motors producing 536 hp at their peak. Customers have a choice of either three or four battery packs available, with each one being 112 kWh. The new heavy-duty electric truck will reportedly support DC fast charging, making charging from twenty to eighty-percent battery in a little over an hour.

As it has been for the past couple of years, affordability is still a pressing issue with electrified trucks. The eEconic will reportedly cost up to three times more than its diesel-powered counterpart. Daimler Truck CEO Martin Daum has said that ownership costs would be the same in the long run due to lower charging costs, but that remains to be seen.

Daimler says it plans to sell only carbon-neutral trucks in its major markets by 2039. With two all-electric trucks under its belt in 2022, Daimler looks like it's taking steps in the right direction. Competitors such as Volvo and Scania could be shaking in their boots. It’ll be exciting to see how the playing field develops in the next few years.