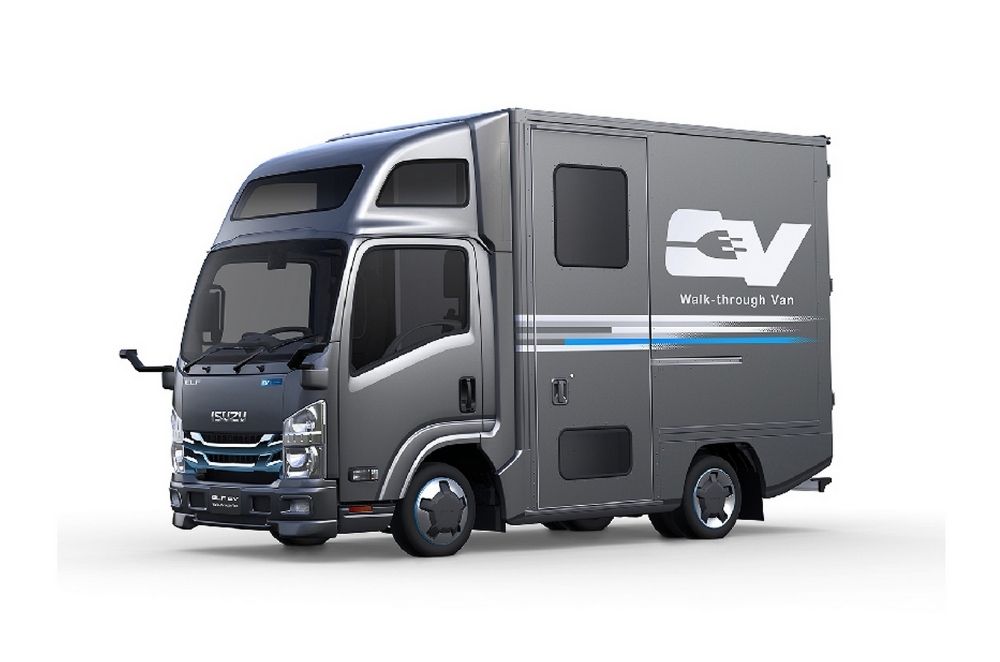 Isuzu could release an all-electric truck in 2022. The Japanese automaker has bared its plans to mass-produce commercial electric models "in some markets" as early as next year.

Reports from Australia have indicated that the new model could be based on the ELF EV concept first showcased at the 2019 Tokyo Motor Show. Isuzu has said that it is seeking future-proof technology for its electric trucks. The tech would include both battery-electric and hydrogen fuel-cell.

Isuzu has a short-term partnership with Honda to develop fuel-cell power plants for the former's Giga truck lineup. The company also has longer-term alliances with other manufacturers like Hino and Volvo Trucks.

In addition, Isuzu is also reportedly working on autonomous systems to pair with its electric trucks. Self-driving trucks appear to be the way forward for the industry, and Isuzu looks determined not to be left behind by some of the market's more aggressive players.

If it can develop an Advanced Driver Assist System (ADAS) that goes beyond current innovations, Isuzu could realistically be a feared company in the commercial EV space.

Things you need to know about self-driving cars

Isuzu's ELF EV has a reported power rating of 150kW. That's equivalent to 200 hp, plenty of power for a light-duty truck. Isuzu says the ELF EV was developed for short-distance cargo transport and last-mile deliveries.

Apart from Australia and Japan, the ELF EV has not yet been unveiled in other markets. Isuzu's all-electric truck models could be enticing for a lot of businesses globally. The Asian region could be particularly compelling, as many of its countries are experiencing an e-commerce boom. There would be many uses for an Isuzu light-duty EV, but deliveries are perhaps the most eye-catching of them all.

In the Philippines, however, the lack of EV charging infrastructure has to be addressed. With that solved, we could expect electric trucks to saturate the local market in the next decade.