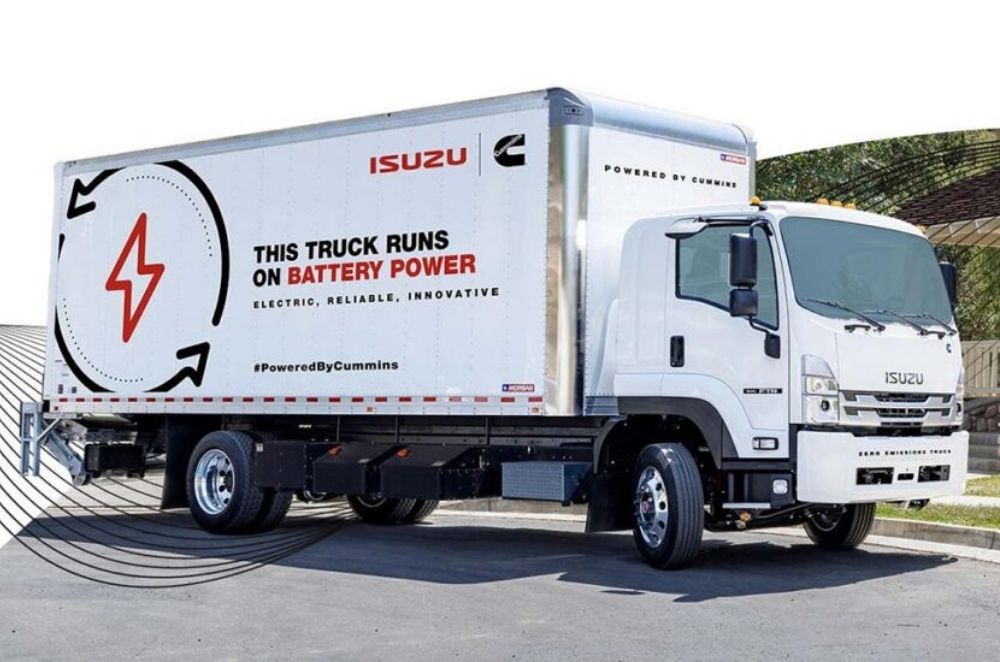 Isuzu Motors has reached a deal with Cummins to co-develop a prototype medium-duty electric truck. The battery-electric vehicle (BEV) will reportedly begin testing in North America.

According to a joint press release from both companies, the prototype will become the first zero-emissions vehicle stemming from the Isuzu Cummins Powertrain Partnership (ICPP) initiated in mid-2019.

The project will consist of a Cummins PowerDrive6000 electric motor fitted inside an Isuzu F-Series truck. If trials are successful, a production model could enter the North American markets as soon as this year.

Details on the PowerDrive6000 remain scarce, but the motor notably featured on a Cummins plug-in hybrid concept truck in 2018. It offered a mere 80 km of range in that configuration, although we suspect Cummins has improved its technology since then. A range-extending battery pack could also find its way on the joint project, ensuring a mileage rating more appropriate for today's standards.

As part of the path to carbon neutrality, it is significant for us to start this joint BEV prototype project in North America. Through our partnership, we commit to continuing to explore further opportunities in the next-generation power source, including electric powertrain technologies in addition to the existing powertrain collaboration.
Koichi Seto
Director of the Board and Senior Executive Officer, Isuzu Motors

Apart from this joint medium-duty BEV project, Isuzu and Cummins remain committed to collaborating on other future zero-emission products. To date, none of Isuzu's alternative-energy models have reached the Philippines.

That could change in the coming years as the Japanese company scales its EV efforts to more parts of the world. With the necessary infrastructure to support electric charging across the country, there's a chance that we could see the first mainstream electric trucks locally before the end of the decade. By all indications, Isuzu looks primed to be one of the leaders in that space.